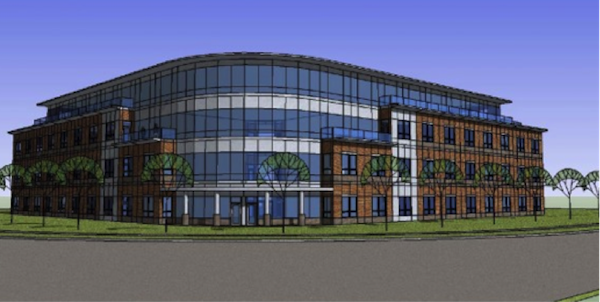 As one of the local engineering companies in this small city, we at Summit Engineering are finely attuned to the ever-changing commercial and residential development landscape. Our engineering firm always its eye out for new and exciting redevelopment opportunities.

With an office located in the growing North End of downtown Portsmouth, N.H., all we have to do is look out our window to see the ripe development potential all around us. We’ve seen the city’s tax base expand over the years, both commercial and residential, and from downtown to the Pease International Tradeport. Lately, it seems development has grown even stronger, with major projects beginning to take shape along the Route 1 corridor, as well as in the city’s center. 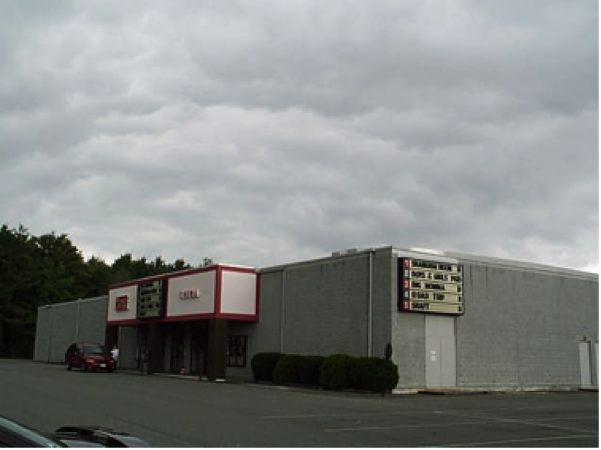 Currently, this 2.27-acre parcel exists as a laydown area for the state Department of Transportation, as the DOT continues to completely recreate the Route 1/Route 1 Bypass intersection. The property, which includes a 14,000-sqaure foot building, exists as essentially the last buffer between a heavily residential area of the city and the Route 1 corridor. The old cinema building has been vacant since Regal 5 closed its doors in 2007. The property saw little activity until it was purchased in 2013 by 581 Lafayette Realty, LLC for $1.5 million.

City assessment records value the land and building at more than $1.1 million. We believe this land has incredible potential for commercial redevelopment. The building, which according to past sales agreements can never be used as a movie theater, was built in 1972 and is likely in line for demolition. 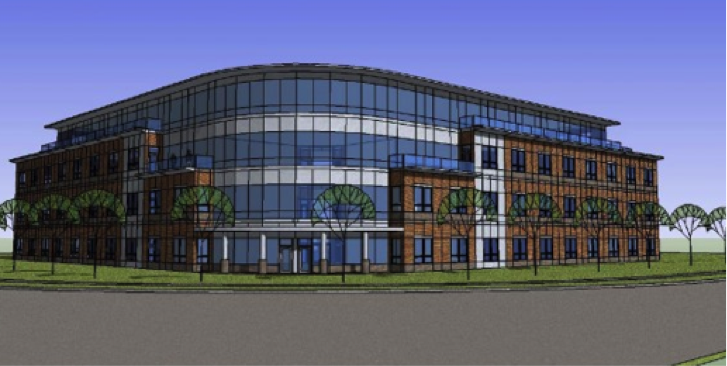 Located on the very first corner in the Pease International Tradeport, this “premier address” stands ready for a proposed four-story office building estimated to be around 72,000 square feet.

With the Marriott Residence Inn directly next door, and the Red Hook Brewery within walking distance, this property stands as yet another opportunity to redevelop land in the former Pease Air Force base. 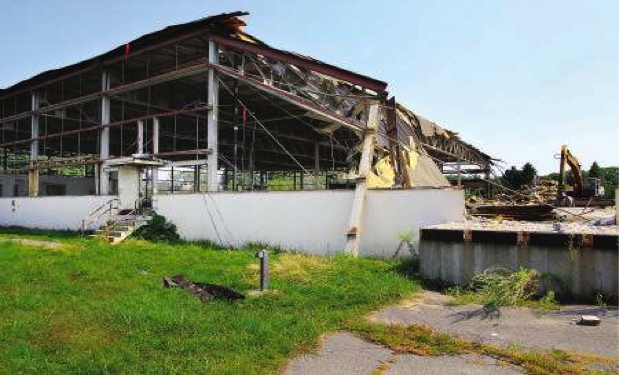 This 11-acre empty patch of land located in the Pease International Tradeport was once home to one of the most significant buildings ever built at the former Air Force base. The 153,000-square foot building that formerly stood on this parcel was also home to Port City Warehousing Services.

Within the past year, the building was leveled and the land was cleared in order to attract potential redevelopment interest. The property is considered to be the last and largest parcel of land left in Pease, capable of handling either an office or manufacturing use. 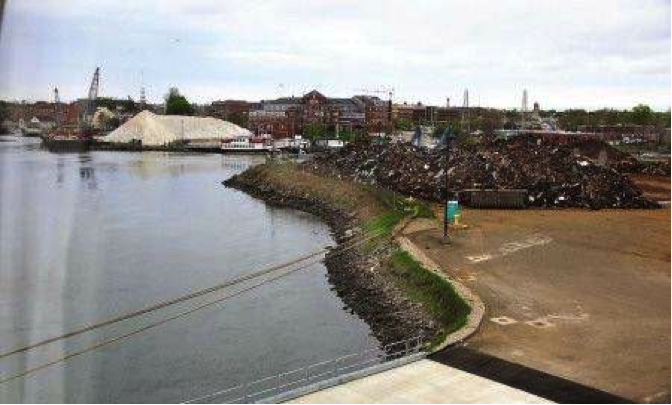 Currently the home to several large piles of scrap metal, this 12-acre piece of waterfront property is owned by the State of New Hampshire and is used as the home base for the state’s Division of Ports and Harbors. The Pease Development Authority oversees the property. Top engineering companies around the area are certainly eyeing this prime location.

Recently, the PDA board of directors voted not to renew a contract with the scrap metal recycling company Grimmel Industries, meaning the prime piece of waterfront property may be in line for some sort of maritime-related redevelopment opportunity. While there is no tenant in place to replace the scrap company, some have called for the land to be used as additional parking or for the future home of a cruise ship company. The property is also expected to get a slight makeover as a result of an upcoming bridge replacement project involving the Sarah Mildred Long Bridge. 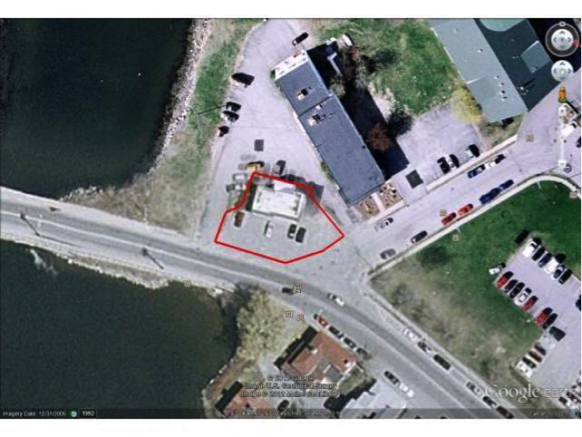 This 0.15-acre property is located along a gateway into downtown Portsmouth. According to a recent article published in the local newspaper, the property is on the market for $600,000. It’s listing suggests it comes with a “myriad of potential commercial and residential uses for redevelopment.”

This potential redevelopment opportunity exists within the city’s North End, which over the last few years has seen perhaps the most development in the city. 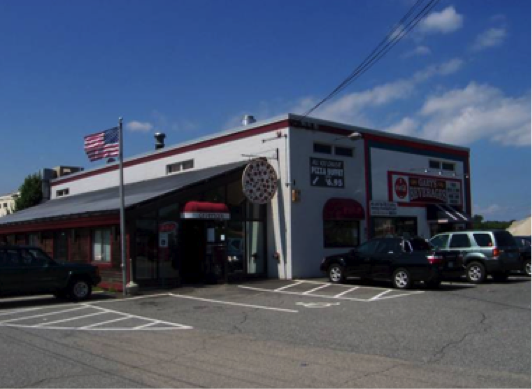 The owner of the Deer Street property where Gary’s Beverages is located reportedly told city officials earlier this year that he would be willing to talk about the property being redeveloped as part of a public-private partnership. The land would ideally become the location for a second city parking garage, among other uses.

According to city assessment, the entire property covers roughly 2 acres of land and includes several surrounding buildings that could be prime for redevelopment. 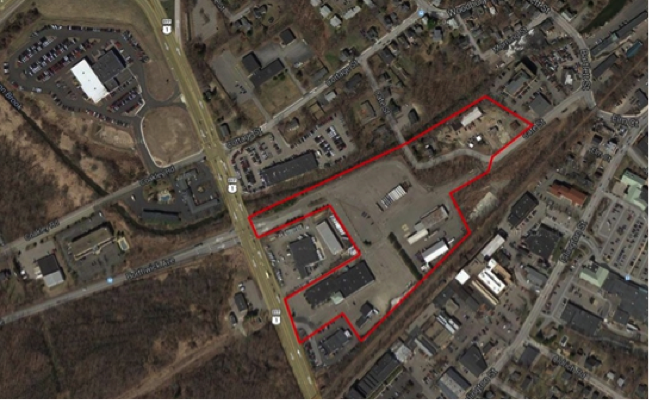 A “prime redevelopment opportunity”, this 12+ acre property features seven buildings, one of which is the 29,000-square-foot Frank Jones Center function hall. The property is listed for $8.7 million. Located off Interstate 95 and not far from the Portsmouth Traffic Circle, this property represents the largest assemblage of commercial land and buildings available in Portsmouth, and certainly has the attention of top engineering companies.

According to a recent article in the local newspaper, the owner is willing to subdivide the land. The property, according to the same story, would be prime for a mixed-use development that includes residential housing and/or a connector road through the property to Islington Street.

4. The Worth Lot — Downtown Portsmouth 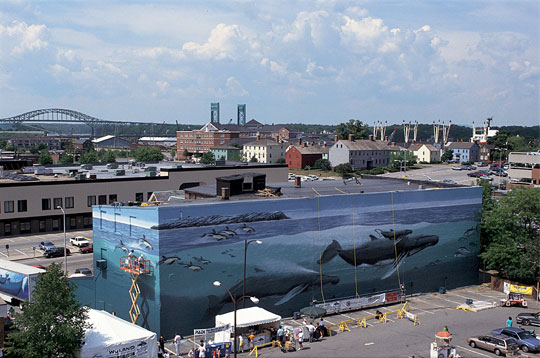 Owned by the City of Portsmouth, this 0.94-acre parcel of land represents a major redevelopment opportunity. Although currently a surface parking lot, this piece of land in the past has been eyed as a possible site for a parking garage, among other things.

In 2012, the city considered this property as part of a major redevelopment project, involving several abutting properties to include the Cabot House Furniture Building and the Coldwell Banker. While the city has plans for future upgrades to the parking lot, it’s only a matter of time until this surface lot is redeveloped. 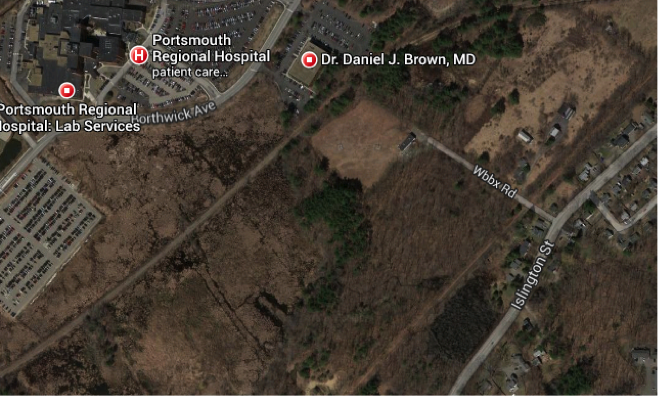 This large piece of land has been eyed for redevelopment on several occasions over the years — everything from office buildings to a proposed continuing care retirement community. Top engineering companies know this property well.

The 40-acre swath owned by The Kane Company lies between Borthwick Avenue and Islington Street. It is considered to be one of the last remaining large pieces of developable land in the city. 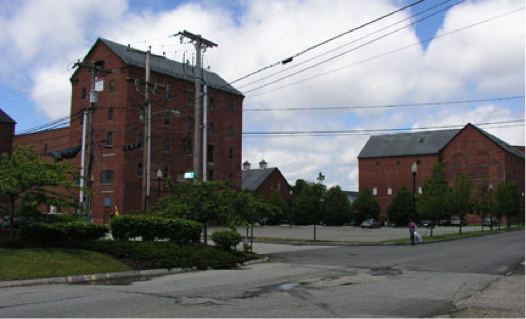 What was once the home of Frank Jones’ historic Islington Street brew yard is now a cluster of buildings just waiting to be redeveloped. The property was once the epicenter of the Frank Jones Brew Yard, as well as the Schultz hot dog company.

Owned by King Weinstein of King Real Estate, the property features two iconic buildings that tower over the city’s West End. The land has been eyed for several redevelopment opportunities over the years, but nothing has yet come to fruition. 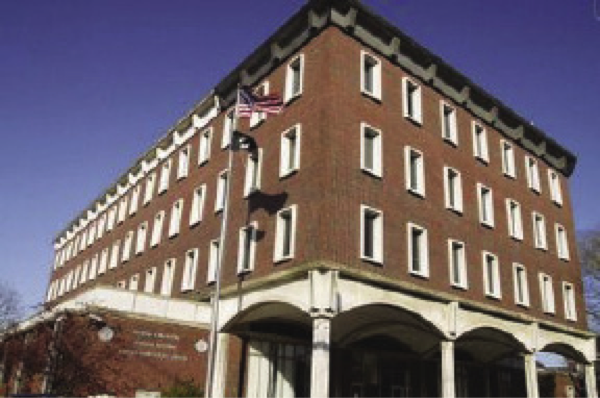 The U.S. General Services Administration currently owns this property, but recently the city of Portsmouth received word that the 2.16-acre property would be taken out of federal control and handed over.

The property, which includes a building housing various government agencies as well as an underground parking garage and surface parking, is considered by some to be the single biggest redevelopment project in the city’s history due to its location smack dab in the middle of downtown Portsmouth.

As a top engineering company in Portsmouth, we at Summit Engineering feel these 11 properties represent the future of redevelopment in Portsmouth, N.H. Feel free to contact us to learn more about our expertise in structural engineering and building design.

Be sure to also read our article on the Top 5 Development Projects on the Rise in New Hampshire.