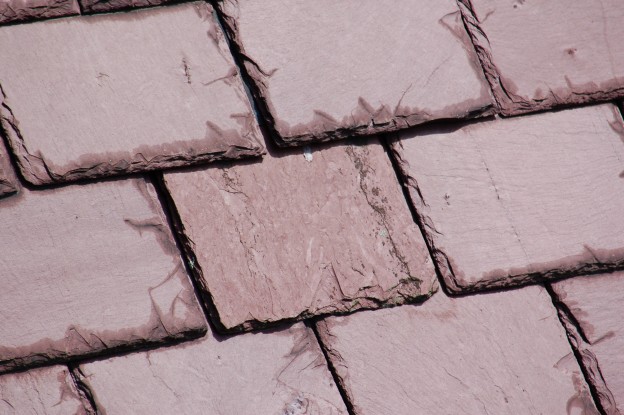 At Summit Engineering, besides typical Structural Engineering, we also find ourselves investigating problems in existing buildings. Often we’re called into inspect a rotten wood beam or corroded steel. This work has led us into the field of building envelope consulting.

One building component most prone to failure is the roof. This often leads to structural problems as water does no good once inside the building envelope.

Below are a few video examples highlighting our work on different types of roofs. Roof inspections are very important to gain an understanding of a roof assembly and to troubleshoot problems below. As demonstrated here, problems are often brewing without the knowledge of the building owner or its occupants.

This first roof is a 40-mil EPDM roof. The owner wanted an evaluation of the entire facility to gain an understanding of their upcoming capital expenses. They were unaware of any roof problems they may have had. There were no apparent leaks on the inside of the building.

The roof was very soft and it was fairly evident that the material below the membrane was in rough shape. The membrane itself didn’t appear in too bad of condition. It was approaching the end of its lifespan, but a few repairs could have extended its life a little longer.

A plume of warm moist air was the first thing we noticed when we cut into this roof. The fiberboard was fully saturated and it had lost all of its strength. It had the consistency of oatmeal. Beneath this was an older BUR roof, or Built-Up Roof, that consisted of multiple layers of felt adhered with hot mopped asphalt. Under the BUR roofing was a base sheet of felt and plywood roof sheathing. In this case, the base sheet was perfectly dry. This was good news to the owner as no damage to the structure had occurred in this area. The troubling thing is that there was a reason the older BUR roof was covered over. It was clearly past its service life and probably had cracks or leaks in other areas. If the water had penetrated the EPDM membrane, it could possibly find its way into the older cracks of the BUR roof and lead to interior leaks. Ultimately, our recommendation was to remove both roofing materials and replace it with a single-ply membrane (EPDM, TPO, or PVC).

Notice that this portion of the building had no insulation. Clearly this building is older and does not have a mechanical ventilation system. It is heated. The inside of the building is warm and moist from the occupants (showers, cooking, breathing, etc.) The roof is ‘cold’. What happens when warm moist air interacts with a cold surface? Condensation! Keep that in mind while watching the second video.

The second roof is a clear example of the value of an inspection even when things don’t appear bad but the potential for damage from a leak is a concern. This is a beautiful PVC roof membrane that is in great shape. No apparent leaks, tight seams, and very good flashing. The roof was a little soft, which led us to want to open it up and see what the assembly was.

Here the roof is insulated with two 3-inch layers of polyisocyanurate—a very common roof insulation. It has the highest R-value of all sheet roof-insulating materials. It does however have the problematic trait of being absorbent. When it does get wet, the R-value drops. Here you can see the material is saturated. Beneath the insulation was the original roof—a layer of modified-bitumen roofing. We assume that like the BUR roof in the previous video, that it had started to fail and a new roof was put on top of it. However, under the mod-bit roof is the concrete roof deck. The concrete had undergone significant freeze thaw damage on the top surface. That interaction of moisture (vapor) and cold surfaces is what we believe happened here. Water was condensing on the underside of the cold roof and when temperatures dropped, freezing occurred on the concrete surface. The cycles over the years have caused the top of the concrete to deteriorate.

This is a difficult problem to solve. Where is the water coming from? Could it be entrapped moisture in the concrete deck, a leak in the roofing membrane, or is it moisture from below? Sometimes all of the answers are not available or the necessary investigation funds are limited for the scope of the project, as they were in this case. In these situations, we make the owner aware of the problem, the scope necessary to determine the solution, and as alternative, recommendations to improve the situation until the problem can be investigated further. Here, we recommend an XPS insulation system as part of a reroofing project. Extruded Polystyrene (XPS) has a slightly lower R-value than Poly-Isocyanurate, however, the R-value does not drop significantly in the presence of moisture. Our hope is that the insulation will keep temperatures above freezing at the interface of the concrete slab.

Our last video is a little different than the first two. Some of the historic building’s we’ve worked on have slate roofs. The following is a very rare example of building with unfading red slate—sometimes called ‘New York red’, as it is only found in one area of the country in New York along the Vermont border. Unfading red slate is legendary for its strength and longevity. We were excited to find this slate on the building we were inspecting, but we were not expecting to find it in the condition that we did.

The slate was fastened to the roof with cut brass nails. This is a good sign as the installation was done with high-quality fasteners. However, the slate showed signs of scaling and did not have a solid ring to it when struck. These are troubling signs for slate. We cannot stress enough how uncommon this is of unfading red. Causing further concern with this roof was that the flashing materials (copper) were well past their service life. The slate was going to have to be removed to replace the flashing. We identified some local sources of unfading red slate to the building owner and provided them with a construction estimate for replacement.

Roof inspections require an encyclopedic knowledge of historic building materials. You are not simply cutting into a roof. You are stepping back in time. Sometimes that exposes you to incredible craftsmanship and other times, and more often, it’s shoddy building materials and or construction.

At Summit Engineering, we have a vast wealth of knowledge of historic building construction—in addition to our professional engineering services. We’re also well versed in brick engineering and flood zone designations. Feel free to contact us to learn more about our work.

(*The videos of above were taken with the help of Robert Fulmer of Fulmer Associates, Inc.)