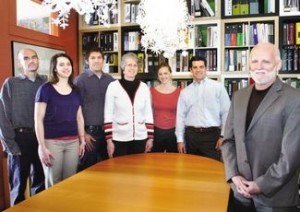 PORTSMOUTH — Employees of a small architectural firm in the city are feeling some Navy pride these days, and for good reason.

In the past several weeks alone, $91.8 million has been awarded for work on some of the most visible and historic buildings at Portsmouth Naval Shipyard in Kittery, Maine. And a small portion of that, as well as other work, is finding its way to McHenry Architecture on Market Street.

Among the projects undertaken by the firm is the design work for Building 178, a cavernous facility used to build subs in World War II that is getting some 21st-century upgrades; and Building 92, called by a Maine historic preservationist the second most historic industrial building in the state. Read the story.